category: EAAE-IAU Courses on Astronomy Education Comments Off on EAAE-IAU Course 2009. Day 5
The course started in the morning with a workshop called "Planetary systems: from Galileo to exoplanets" presented by Rosa Maria Ros, of Technical University of Catalonia, Spain. 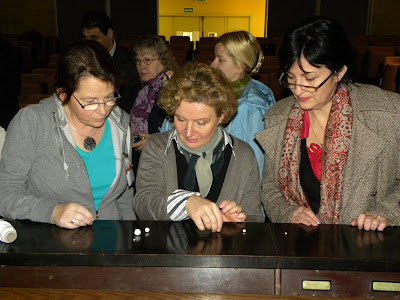 Participants working during the workshop of planetary systems.
This workshop was followed by two short presentations, the first by Josée Sert about an "Astronomic fresco of the 13th century" and another by Rosa Maria Ros about a "Pilot course on teacher education in South America". 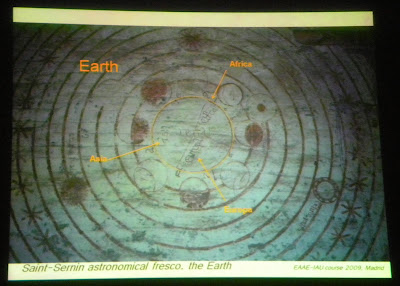 An image of the analysis of the Saint-Sernin astronomical fresco of the 13th century
The morning ended with a workshop about "The Sun: from Galileo's work until today" presented by Janet Hilton, of The Kingsley School, United Kingdom. 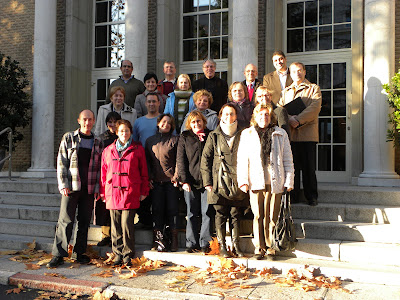 A group picture of some of the participants after lunch.
After lunch, the course proceeded with a workshop by Veselka Radeva, of Astronomical Observatory and Planetarium of Varna, Bulgaria, called "From the Galilean Solar System to the detection of new minor bodies determining the distance the distance of 1994 TG2.

The course'e day ended with a workshop by Alan Pickwick, of Manchester Grammar School, United Kingdom, called "There's more in Astronomy than meets the eye".